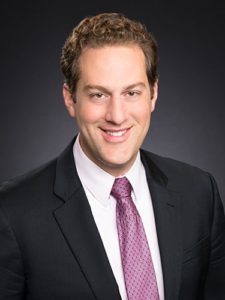 Chase Hamilton is a partner at Richards Rodriguez & Skeith LLP currently serving a wide variety of clients throughout Central Texas in business litigation and as outside general counsel.

Chase’s expertise encompasses complex business litigation, construction, and real estate development law as well as general business transactions. He has represented a variety of clients, including doctors, engineers, small business owners, regional and national banks, real estate developers, property managers and non-profit organizations in state courts, federal courts, and before arbitration panels. A notable accomplishment that occurred early in Chase’s career was when he won his first ever jury trial while representing a defendant, a unique victory for his age at the time.

Before starting the private practice of law, Chase worked for the Texas Supreme Court, and as an applications engineer for National Instruments. His engineering background and litigation experience allow him to provide a unique and practical perspective to business owners navigating the legal choices they face when starting and growing a business.

A graduate of Leadership Austin and Barrister in the Lloyd Lochridge American Inn of Court, Chase holds an active role in supporting organizations throughout Central Texas. Chase has served in organizations such as Big Brothers/Big Sisters of Central Texas, Youth Pathways and Volunteer Legal Services of Central Texas. Currently, Chase is on several committees and boards for organizations including the Austin Film Society, Pease Park Conservancy, and Dell Children’s Trust. With pride for his alma mater, Chase is also the founder of United Texas TailGaters, a social organization for the appreciation of Texas Longhorns Athletics.

Chase earned both his Bachelor of Science degree in Mechanical Engineering and his law degree at the University of Texas at Austin. After completing law school, Chase served as a clerk for the Honorable Paul W. Green at the Supreme Court of Texas. He has been in private practice in Austin since 2008.