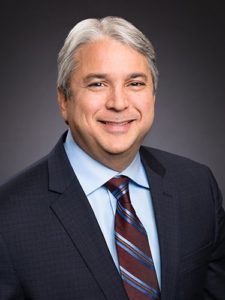 As a founding partner of Richards Rodriguez & Skeith LLP, David Rodriguez currently serves as outside general counsel to a number of technology companies and other growing middle-market businesses throughout the state of Texas.

Mr. Rodriguez’s practice focuses on business law, with a special emphasis on mergers and acquisitions and outside general counsel services for various types of business entities. David often helps CEOs and other C-suite executives with their ongoing legal needs and has also assisted companies in their fundraising efforts and exit transactions.

Having lived in Austin since 1983, David maintains deep roots in the Central Texas community and his years of involvement showcase his passion and pride for serving the Central Texas area. David’s community contributions include volunteering for Meals on Wheels and the Ronald McDonald House, along with holding active memberships in several organizations in and around Central Texas. David and his wife, Christine, have raised three boys in Austin and have been very involved in their extra-curricular activities.